I am a Folk Artist. Some art requires the observer to have certain knowledge or to be able to discover meaning in the images or forms presented.  The artist guides the observer with technique and colour or by conforming to a certain accepted genre.   My art requires none of this, the materials are obvious to the eye, they are a mixture of found junk and paper and paint.  Papier Mache is the medium used and it is the most simplest of crafts, paper and the written word is used to tell a story.    The object is the illustration of the story, the words are usually written on the piece or in the title and the story is told . This is Folk Art, colourful and brash with no pretensions, obvious technique, obvious materials and message, full of life!

Sue has been working in mixed media for 30 years; she works primarily with paper, particularly papier mache and makes collages and 3D pieces. Sue is a self taught practitioner, and would call herself a Folk or Outsider Artist.  Her work is very colourful and ebullient with diverse and found materials combining with the written word to create pieces that tell or are the story. She has taught creative studies for many years before training as a literacy teacher and working as a community tutor, she now works part time for a museum.

Mr Papers is a satirical rabbit made from discarded materials who is very entrepreneurial and constantly engages with his audience to put on festivals or manage wine bars.  Mr Papers has now moved on to creating installations and dioramas of different papier mache characters dealing with unusual scenarios.

Exhibitions in the last 10 years 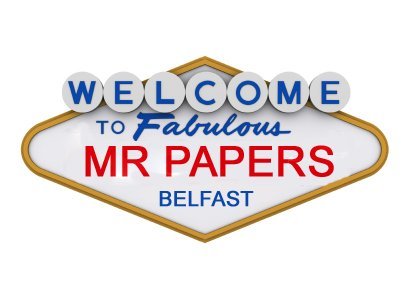